Get up to 50% Off on company incorporation- To assist businesses affected by the COVID-19, the offer is extended till 31st March 2021. Read More

The Emirate of Umm-Al-Quwain is located along the coast of Arabian Gulf North of Ajman, stretching over a distance of 24 kilometers long between Sharjah to the west, and Ras Al Khaimah to the east The Emirate is headed by His Highness Sheikh Saud bin Rashid Al Mu’alla since 1981. Umm Al Quwain is the capital of the emirate, located in a deep creek of five kilometers long and one kilometer in wide. The city is vibrant and it has the Ruler’s office, government offices, establishments, banks, companies, commercial markets, seaport, and research center on pisciculture which aids in the development of fisheries.

Umm Al Quwain at a Glance

With an area of 755 sq. km, Umm Al Quwain is one of the beautiful emirates in UAE with lush green coastal mangrove lining the shores of Persian Gulf, inland across the rolling sand dunes this emirate has fertile oasis surrounding Falaj Al Moalla a scenic and popular tourist location. With a population of 72,000 which is least in UAE the traditional activities carried out in this emirate are fishing, falconry, camel racing, and dhow building. Umm Al Quwain’s wetlands in Khor Al Beidah are a natural paradise for migratory birds, lush mangrove groves of this region attract birds from the northern hemisphere and make the best spot for bird watching and nature enthusiasts. Traditional activities such as dhow building and sports such as falconry and camel racing are popular in the emirate.

Umm Al Quwain economy is based on fishing, pearl diving, agriculture and breeding of livestock. Fishing is the key contributor to the economy the emirate as it is a major exporter of seafood throughout the Middle East and Europe. The Pisciculture research and development is actively funded and encouraged by the government authorities as it enhances the production, storage, supply and transport of seafood produced from the fishing industry. The UAE’s first poultry farm was established in Falaj Al Moalla a suburb in Umm Al Quwain, this area is also considered to be the largest supplier of poultry in UAE poultry products such as meat and dairy.

Furthermore, the economy has been diversified and expanded by the construction of the Ahmed Bin Rashid Port and Free trade zone opens a whole new world of economic opportunities in the Emirate of Umm Al Quwain promoting industrialization in the emirate.

Eco-tourism has grown in Umm Al Quwain due to its rich natural biodiversity at Khor Al Beidah and other popular sights that lie to the east and south of the lagoons. The Umm Al Quwain away from all the glitz and glamour of city lights and pollution offers a serene place to experience the traditional northern Emirati way of life with protected nature sites that boasts populations of green turtles, mangroves laid-back resorts, sandy beaches, and backwater lagoons. Popular eco-tourism destinations in Umm Al Quwain are Khor Al Beidah famous for its mangrove forest and backwater lagoons, Falaj Al Mualla is known for laid-back emirate lifestyle with lush agricultural fields, Al Sinniyah Islands largest marine wildlife sanctuary covering 90 sq. kilometers habitat for cormorants, blacktip reef shark, seabirds, gazelle, al Quran trees, dugong (sea cows) and sea turtles. Umm Al Quwain also offers a dash of daring sports and recreational activities, from sailing, jet skiing to skydiving which makes it an extreme holiday destination for anyone.

Umm Al Quwain has a free zone in the form of Ahmed Bin Rashid Port & Free Trade Zone.  It is the largest port in the Emirate of Umm Al Quwain, established under the patronage of Sheikh Rashid Bin Ahmed Al Mu’alla in 1998 operating as a key entry-exit point for the container, general, and bulk cargo in the northern UAE.

Ahmed Bin Rashid port has a four-berth facility, an 845-meter long quay wall and is well-connected by highways to other parts of UAE by excellent road infrastructure. The region around the port zone has been developed into Umm Al Quwain Free Zone (UAQ-FZ) a bustling center for trade and economic acidity that allows businesses to operate with tax exemption and full foreign ownership. This zone is specially maintained and comes under the control of Umm Al Quwain Free zone authority delivering comprehensive infrastructure with incentives for businesses to operate. Conveniently located within 45 minutes from Dubai International Airport. UAQ FTZ is an ideal location for micro-business, SME, and conglomerates to function with a range of services and a streamlined process designed by the authorities to facilitate efficient operation.

Business Setup Worldwide is a consulting firm providing company incorporation, accounting, tax advisory, intellectual property protection and corporate secretarial services in Umm Al Quwain. Contact us if you are keen on starting a business in UAQ free zone; our experts will provide you with valuable information on setting up and operating a business, legal and accounting services in the emirate.

Get Your Offshore Company Incorporated
Starting at $650* 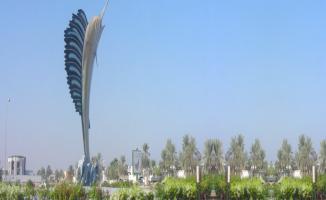 Ahmed Bin Rashid Port & Free Trade Zone was established in 1998 and is located on the West Coast...

Business Setup Services in the UAE

Accounting & Bookkeeping Services in the UAE

Company Secretarial Services in the UAE

Intellectual Property Services in the UAE

VAT in the UAE