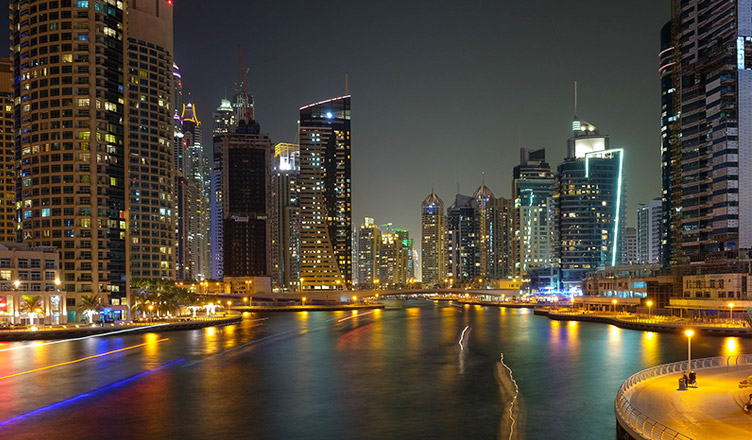 Over the past few years Dubai’s economy has grown exponentially in every field. The city has taken advantage of its diversity, contrasts, and geographical location. Having a remarkable evolution over the years, today the city is not just an international business destination but is also known as a cosmopolitan destination for shopping and entertainment. The country is appealing to foreign investors because it provides great access to important markets like Africa, Asia, and Middle-East and also because it has a greater connectivity to other international business centers in Europe and America. No wonder, every year the investors come flocking to the UAE to invest in its market and make profits.

Why You Must Invest in Dubai?

Listed down are 8 reasons why you have to invest in Dubai.

Whenever an investor wants to invest in a foreign land, one of the important factors they take into consideration is the growth of the economy of that country. Now, the interesting thing about Dubai is that all the numbers and statistics indicate that Dubai will have a continuous economic boost for the next few years. While rich in oil Middle Eastern countries and the capital of UAE, Abu Dhabi's economy has suffered the punch of recent oil crises; Dubai has flourished and came out as champion of planning and economic growth in MENA region.

Dubai is highly transited by tourists who are fascinated with how this city managed to become a jewel of the desert. The country has number of attractions in its bucket. It hosts various arts and cultural festivals such as Dubai International Film Festival, and Dubai Jazz Festival as well as sporting events like Dubai Golf Desert Classic, Formula 1 Race (Abu Dhabi), Rugby 7’s, Dubai World Cup of Horse Racing and international cricket matches.

According to the Doing Business 2019 report he UAE scored 11th rank globally and 1st rank regionally. The UAE scored impressive ranks in the following indices:

In the March of 2016, Dubai announced to set up world’s biggest wholesale city with an investment of AED 30 billion. The country has the tallest buildings in the world, Burj Khalifa. Dubai International Airport claims the dual titles of the world’s fastest growing airport and the world’s sixth busiest airport in terms of international passenger traffic, handling 41 million international passengers in 2009. Jebel Ali Port is the world’s largest man-made port, and estimated more than a 40% increase in its cargo container throughput from 2008 to 2009. These reasons are enough for any investor to invest in the real estate sector of the country.

Dubai does not impose any personal income tax, capital gains tax or withholding tax. In the year 2018, the country implemented a law that allows 100% foreign ownership of companies, followed by the introduction of a 10-year residency visa for investors and specialists. This reason is more than enough for people around the world to come and work or look for investment opportunities in the City of Gold, Dubai.

Yes, they have a department for ‘happiness’. Dubai aims to be one of the happiest cities in the world. The ministry’s vision is to have happiness and positivity as a lifestyle and a higher purpose for government work in the country. With such beautiful mindset and dedication towards making the general public happier than ever, one could imagine how his property will develop rapidly and successfully in this beautiful environment.

Due to its visionary leadership that works towards development in economic, social, cultural, environmental, and political domains, Dubai and the UAE remain politically stable. Since its formation in 1971, the UAE has been a successful constitutional monarchy and continues to be so. This is because of the belief system of the UAE's Founding Fathers in peace and justice and the continued belief of the present political system and government in the same.

There are few more advantages of investing in Dubai. They are;

In this global world, there are a plenty of opportunities to participate in the growth of a country by investing in it. Investment opportunity is Dubai is one such chance which shall not be missed. You too can be a part of this fast-growing economy, just by investing in the country’s markets. With the World Expo 2020 slated to be hosted in Dubai, 25 million people are expected to come to the UAE creating around 300,000 new jobs. The economy and market of Dubai is bound to experience a huge surge during that period. So, if you are contemplating investing in real estate in Dubai, the time is now!

If you need any help or guidance in where and what to invest, we at Business Setup Worldwide can help you with it. Contact us today and get more information.

Why You Should Invest in Dubai

Looking to Start a Business in Dubai? Here Are the Key Industries

Advantages of Renting an Office in Dubai

The Contribution of SMEs to Dubai’s Economy

Dubai Integrates Blockchain in its 2021 Strategy