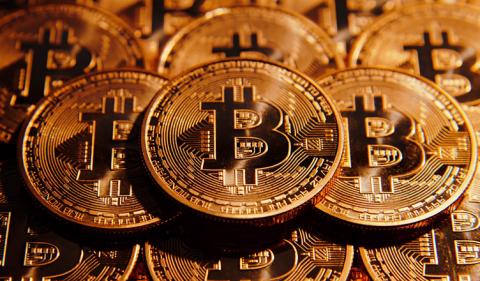 Currency, in itself, is nothing. It can be a trinket, a coin, or a paper with an emblem etched on it, but the worth of it is irrelevant to the physical value of the currency. Money derives its value by being a medium of exchange. Money holds value solely because of its acknowledgement among people as a token that would be accepted as a form of payment.

It all started with the barter system, where people traded kind for goods or services. The first official currency was minted over 2500 years ago, in 600 B.C., by King Alyattes of Lydia. The metallic coins minted then led the country to expand its internal and external trade, making it one of the most prosperous empires in Asia Minor. And here we are, a couple of millennia later, to find ourselves with yet another revolution in the history of currency: cryptocurrency.

Cryptocurrency is a decentralized digital currency that makes use of encryption – by converting data to code to produce units of currency and validate transactions independent of a regulatory body. Bitcoin has become synonymous with cryptocurrency. It is the most dominant cryptocurrency as of now, representing around 60% of all the cryptocurrencies by market capitalization. Ever since its inception in 2009, bitcoin has taken the world exchange market by storm – especially with the sudden 10x surge in its value over the last year. In this blog, we’d be taking you through a crash course on bitcoin.

Bitcoin is the first and one of the most prominent cryptocurrencies in the world. It was designed as a peer-to-peer (P2P) payment network independent of a regulatory authority. It allows money to be transferred end-to-end without passing through a financial institution.

When did bitcoin start?

The inception of bitcoin can be traced back to 2008, when an anonymous person, under the pseudonym Satoshi Nakamoto, published a white paper on the concept of digital currency. Subsequent to this, more people started working on the concept. Till date, the identity of Mr. Nakamoto remains a mystery as sufficient evidence doesn’t exist.In January 2009, the bitcoin network came into existence after Satoshi Nakamoto mined the first ever block on the chain. In 2010, the value of 1 bitcoin was less than a dollar.

How are bitcoins created?

In a conventional financial system, new money is created by a central bank. But the bitcoin network doesn't have a central bank. The system has an alternative mechanism for introducing currency into circulation. Bitcoins are created by a process termed in cryptocurrency lingo as ‘mining’. It refers to a reward system wherein people are rewarded with bitcoins on successfully verifying a bitcoin transaction. Early on, mining was easy and thus it was easier to earn bitcoins. Now, with over half of the total bitcoins [it was declared that the production count of bitcoins would stop at 21 million] already in circulation, it is becoming exponentially difficult to mine each subsequent bitcoin.

What determines the price of bitcoin?

The price of a bitcoin is determined by its supply and demand dynamics. More the demand for bitcoin, more shall be its price.

Short answer: depends. On 2 factors: what your definition of ‘legal’ is, and where and for what purpose you are using it. Apart from a few countries like Vietnam, China, Russia, Bangladesh, Iceland, etc., none have declared bitcoin as explicitly illegal. However, the official use of it is an issue of contention in most countries since they don’t recognize it by law.

If you’re still in doubt regarding bitcoin, that’s totally normal. As of today, bitcoin is a term that raises more questions than it does answers. While the populace is still perplexed over the utility of it, unions are busy deciding whether it is a currency or a commodity. It’s possible that a cryptocurrency bubble is in the offing, or it may be that we are about to witness a digital currency revolution that might change the way we look at money in its conventional form – just the way coins had done to the barter system. Only time will tell.