To achieve the goal of creating an industrial base for manufacturing, production and development Myanmar is carrying out reforms to attract international investments to the country.

Myanmar is an emerging market in Southeast Asia strategically located between China and India, with a significant population of nearly 55 million and substantial presence of hydrocarbon deposits the Union of Myanmar is on the way towards transforming the economy from an agrarian one to an economy that is industrialised. To achieve the goal of creating an industrial base for manufacturing, production and development Myanmar is carrying out reforms to attract international investments to the country.

The modern civilian government of Myanmar has made drastic reforms that are designed to accelerate economic growth and contribute to a structured system that can;

By implementing liberal business-friendly laws, the government is opening up its economy to foreign companies and investors while encouraging the role of the private sector. These business laws have made it easier for investors, entrepreneurs and companies to set up their business in the country. Furthermore, the latest company laws allow sophisticated corporates structures to be set up along with the opportunity to form joint ventures with Myanmar businesses.

The tax regime in Myanmar was wholly revamped to meet the modern standards after the change of government in 2011. The Myanmar Tax regime consists of a set of laws that encompass personal taxes, income taxes, corporate taxes, and other taxes that are to be paid based upon specific parameters such as location, status in the country etc., which are discussed below in the types of taxes. Generally, the tax has to be filed annually by a company in Myanmar to the respective government agencies and the tax year in Myanmar is calculated from 1st October to 30th September.

Union Taxation Law 2018 was enacted in 2018, and the provisions of the Law are effective within three months from enactment. In particular, the Union Taxation Law 2018 has introduced changes to the fiscal year-end of taxpayers, commercial tax, and specific goods tax regime. The tax regime is built-upon a set of laws the ensure that taxes are acquired from people, businesses are rated to the level of taxes mentioned and collected based on the type of work, pay band in case of personal income tax, location of company, type of registration, business activity and partnerships in case of a corporate tax.

Types of Taxes in Myanmar

However, the citizens of Myanmar working outside the country are exempt from tax, but other sources of income are taxable. In addition to this, there is a payroll tax and social security tax which the employer has to pay to the government on behalf of the employee for offering employee benefits and social insurance coverage.

Corporate taxes are applied to companies incorporated under the Myanmar Companies Act and international organisations that have obtained special permission to be engaged in state-sponsored projects, enterprises or undertakings. The corporate tax is applied to the companies at the rate of twenty-five per cent out of the profit which is calculated excluding all the business operation expenses.

There is no VAT system in Myanmar; the commercial tax is imposed on a wide range of products and services that are produced, sold and traded in Myanmar. The commercial taxes are set at various rates for a diverse set of products according to the Myanmar Commercial Tax Laws. A business or industry is required to register for commercial tax when the amount of income from sales and services for an income per year is greater than or equal to ten million Myanmar Kyat (greater than MMK 10 million). Below is the list of specific goods that are taxed in Myanmar specifically.

The Stamp Duty is designed as an instrument which prescribes stamp duties for instruments that transfer or create property interests. The stamp duty is governed by The Myanmar Stamp Act 1899 (as amended from time to time). The stamp duties in Myanmar are as follows:-

The Customs duty is levied under the Customs Tariff of Myanmar. The customs excise duties usually range from 0% to 40%. Most imported goods are subject to import duties in Myanmar with special exemption offered to SEZ companies and specialised companies that are registered with the Government of Myanmar for infrastructural development or manufacturing etc. All the incoming consignments of goods must be cleared through the Customs Department under an Import Declaration form (CUSDEC – 1). The Import Declaration form is to be accompanied by the following documents:-

Import duty is levied on the tax base, assessable value, which is the sum of Cost Insurance and Freight (C.I.F) value and landing charges of 0.5% of C.I.F. value. Together with customs duty, Commercial tax is levied on the imported goods basing on the landed cost which is the sum of assessable value and import duty. These taxes are collected at the point of entry and the time of clearance. Similarly, the excise duty is levied on alcoholic drinks and is collected by the General Administration Department under the Ministry of Home Affairs.

Any immovable property situated in Myanmar is subject to certain local property taxes such as general tax, lighting tax, water tax and conservancy tax according to the Property Tax Laws.

The union tax laws are a set of laws that encompass the framework of taxes and mutually support each other in implementing taxation according to Myanmar's rules, regulations and procedures. In addition to this, the government has set up tax authorities to implement them according to the set of conditions given by the tax framework. The tax laws that exist in Myanmar are:

By taking into account of all the tax reforms made in Myanmar, it can be discerned that the country is moving in the right direction buttressed by mutually supportive tax laws, policies and agencies which ensures that the authorities are competent in implementing and enforcing the rules according to the procedures & regulations in order to achieve the goals of the government in terms of boosting the country’s economy.

Currently, the Union of the Republic of Myanmar has Double Taxation Treaties (DTT) with India, Singapore, Bangladesh, Malaysia, Indonesia, United Kingdom, South Korea, Thailand, Vietnam and Laos. By taking advantage of Myanmar’s Double Taxation Treaty, the individual (foreign resident or non-resident) can pay tax once in Myanmar and show the tax returns from Myanmar to avoid facing multiple taxes in different countries from the above list.

Incentives for companies registered under the Myanmar Investment Law include

Incentives for companies and investors operating in special economic zones include

Myanmar has abundant natural resources across the country in the form of agriculture produce, forestry products, and hydrocarbons. With the ease in the international economic sanctions, the country is working towards creating an export-driven industrial economy by developing the infrastructure, laws and frameworks for firmly supporting the businesses that undertake manufacturing, production and other business operations in the country that are given priority over other sectors.

Furthermore, the government has initiated significant reforms to allow foreign direct investment into the country by opening markets, encouraging new businesses and industries to utilize its resources for the developing the infrastructure especially in the sector of power, agro-based industries, aquaculture & fisheries, urbanization, extractive industry, telecommunication sectors, manufacturing, hotel and tourism.

Together with the Myanmar Company Laws, the Myanmar Foreign Investment Law, Special Economic Zone Law and the latest Union Tax laws it has become promising for the investors to invest in the country as the governmental organizations that are set up for streamlining processes and creating new regulations are actively working towards with the intention to make it easier for the businesses to set up in Myanmar. In the light of increased investment activity, the government is seeking to improve the infrastructure, develop the existing business ecosystem and create employment opportunities for its citizens if you are interested in knowing more about setting up a business in Myanmar. 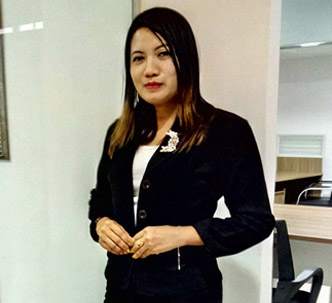 How to Start a Business in Myanmar 2019?