Merger and Acquisition Services in Nigeria

Merger and Acquisition Services in Nigeria

In Nigeria, the proposals of all the mergers and acquisitions (M&A) need to get approved from the Securities and Exchange Commission (SEC).

The Federal Republic of Nigeria is gradually stepping up its game in the field of Mergers and Acquisitions. Due to the size and position of the country, Nigeria is considered as a very important and lucrative location for the entrepreneurs. It is also considered as the gateway to Africa, which is still developing and is potentially one of the largest markets in the world. The increasing number of companies arriving in the country and trying to bond with the local entities is the reason the number of successful mergers and acquisitions are slowly increasing.

Mergers and Acquisitions in Nigeria: Laws and Regulation

In Nigeria, the proposals of all the mergers and acquisitions (M&A) need to get approved from the Securities and Exchange Commission (SEC). The entities also need to keep in mind the rules and laws stated in the Investments and Securities Act of 2007 (ISA 2007). In addition, the companies also need to coordinate with the Corporate Affairs Commission (CAC) with respect to the operations of the company and also with the Federal Inland Revenue Service (FIRS) with respect to the taxation of the company. Additional laws may apply to the companies depending upon the industry of both the companies.

●        Upper Merger Threshold – The assets/Turnover are above N5 Billion

In Nigeria, a business merger may take the form of a purchase of shares, acquisition of assets, an arrangement or reconstruction between merging entities.

If conducting a small merger, it is not mandatory for the companies to notify the Corporate Affairs Commission until and unless there is a specific need for such notification. They may, however, notify the commission on their own accord at any time of the merger. If the merger is approved by the commission, the parties to the merger can proceed to the next step which is applying to a court regarding the merger to be sanctioned.

Procedure to Conduct an Intermediate or Large Merger

Entities with assets or turnover 1 million and above need to follow the following steps:

1.       The Board of Directors of both the Companies will pass separate Resolution for Merger

2.       Both companies will make an application to SEC as pre-merger Notice attached with;

●        Board resolutions supporting the merger

●        A copy of the letter appointing the financial adviser

●        A copy of the Memorandum and Article of Association

●        All the background studies relating to the merger, and justification for it

3.       Forward a copy of the Merger notification to any registered trade union that represents a substantial number of its employees in case there is no such union available, the copy should be forwarded to the representatives of the employees

4.       After the evaluation of the pre-merger notice, the Commission will grant an approval in principle to the merger after adequate consideration

5.       Make an application to court to order separate meetings of shareholders of the merging companies

6.       A majority representing not less than three quarters in value of the shares of members being present and voting either in person or by proxy at each of the separate meetings should pass a resolution

7.       File with the Commission a formal application for approval of the Merger attached with the following documents;

8.       After formal approval by the Commission, make an application to court for an order sanctioning the scheme.

After the three months of the approval by the concerned commission, a post-merger inspection shall be carried out by them to determine the level of compliance of the merging companies according to the provisions of the requirements of the merger.

This is the approximate procedure which needs to be followed in the case of mergers between two or more companies in Nigeria. Mergers and acquisitions play a very crucial role in uplifting the economy of the country and also attract a number of foreign prospects to merge with but with it is not an easy task and it is highly recommended that the services of a reputed and professional firm are taken which would expedite the process of merger and acquisition.

If you are looking forward to availing the M&A services, we at Business Setup Worldwide are at your disposal. Our advisors in Nigeria will provide you with knowledgeable and professional advice which would help to expand the business entity further in the domains in an effective and cost-efficient manner. Contact us today to for more information. 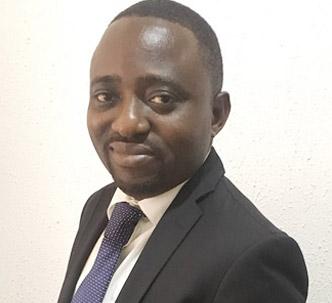 A Guide for Business Name Registration in Nigeria 2019