Washington, D.C. (District of Columbia), often referred to as Washington or D.C., is the capital city of the United States of America, named after its first president and founding father, George Washington. The city is the seat of the federal government of the US. Washington is home to several international institutions, including the International Monetary Fund (IMF) and the World Bank, in addition to over 200 foreign embassies. It is one of the most visited cities in the world.

Washington D.C. has a diversified economy, primarily in the services sector. Businesses like non-profit organizations, trade unions, industry trade groups, law firms, independent contractors and lobbying firms prefer to have their headquarters near this city for reasons of proximity to the federal government. Tourism is another major sector contributing to the city’s GDP, with millions of visitors flocking the national capital every year. Washington D.C. is also developed in the domains of public policy, research, education and financial services.

Benefits of Starting a Business in Washington, D.C.

We provide the following services for company formation in Washington, D.C.:

Business Setup Worldwide is a platform to help you start your business in D.C. From business name registration and licensing to intellectual property protection, we support your company setup through business-oriented services. D.C. is the federal capital of the United States. Starting a business here is not only lucrative from an economic standpoint, but also a matter of prestige for any businessperson. Our team of experienced advisors and consultants in D.C. can help you out with the legal and business formalities of company registration in the city, replete with the most appropriate corporate and income tax setup, to fast-track the growth of your company.

Up to 50% off on your
company incorporation 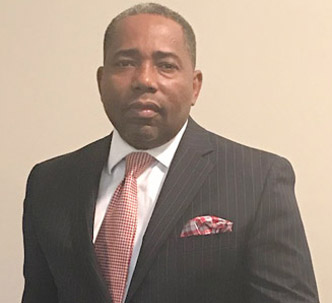 Business Registration in the USA

Business Setup Worldwide helps you register your company in the USA in a way that is ideal for your...

Company Secretarial Services in the USA

Accounting and Bookkeeping Services in the USA

Business Setup Worldwide offers a wide range of accounting and bookkeeping services in the USA. Our...

Intellectual Property Services in the USA

How to copyright a name in the USA?

How to trademark a name in the USA?

In the USA, if there is a dispute between two parties over a trademark, whoever used it first commercially shall own its right, even if they did not register it first. One can trademark a name (that has not already been trademarked) by registering it at the USPTO.

How to patent an idea in the USA?

In the USA, a company can patent its idea by applying for a utility, design or plant patent at the United States Patent and Trademark Office (USPTO).

How long does it take to incorporate a company in the United States?

Depending upon the type of business structure you choose and state you form your business in, it can take anywhere from 1 day to 4 weeks to incorporate a company in the US.

Can a non-US citizen own a company in the United States?

Which is the most common form of business entity incorporated in the US?

Although people can choose from among several types of companies for incorporation in the US, the most commonly preferred types are limited liability companies (LLCs) and corporations.